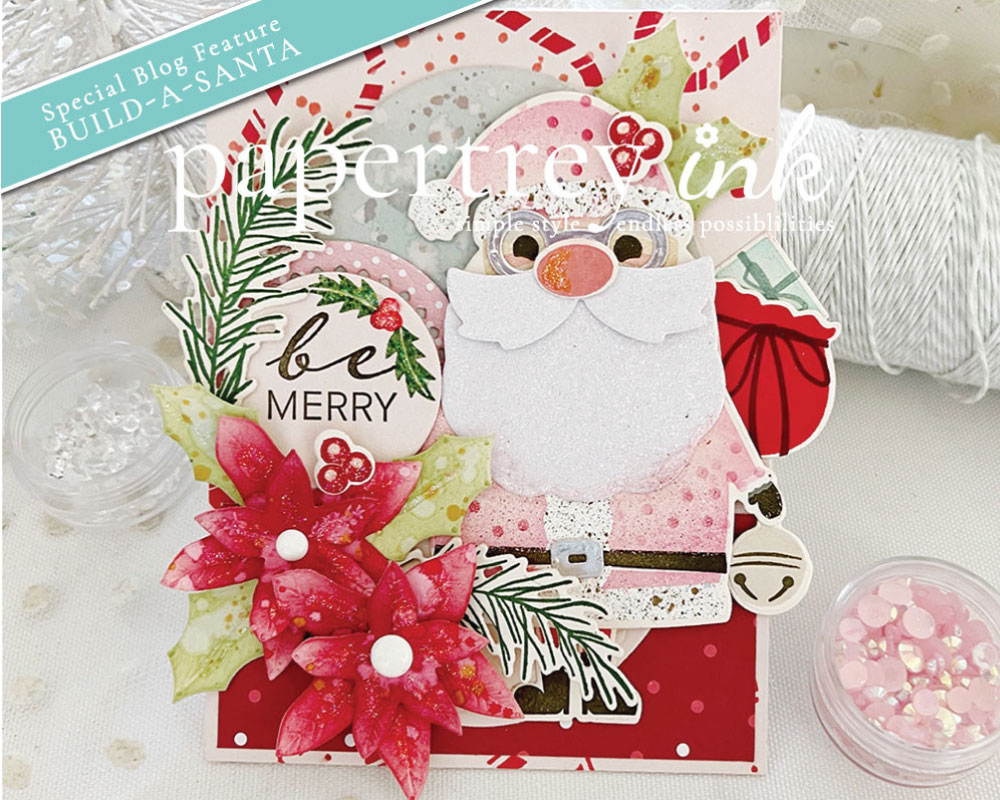 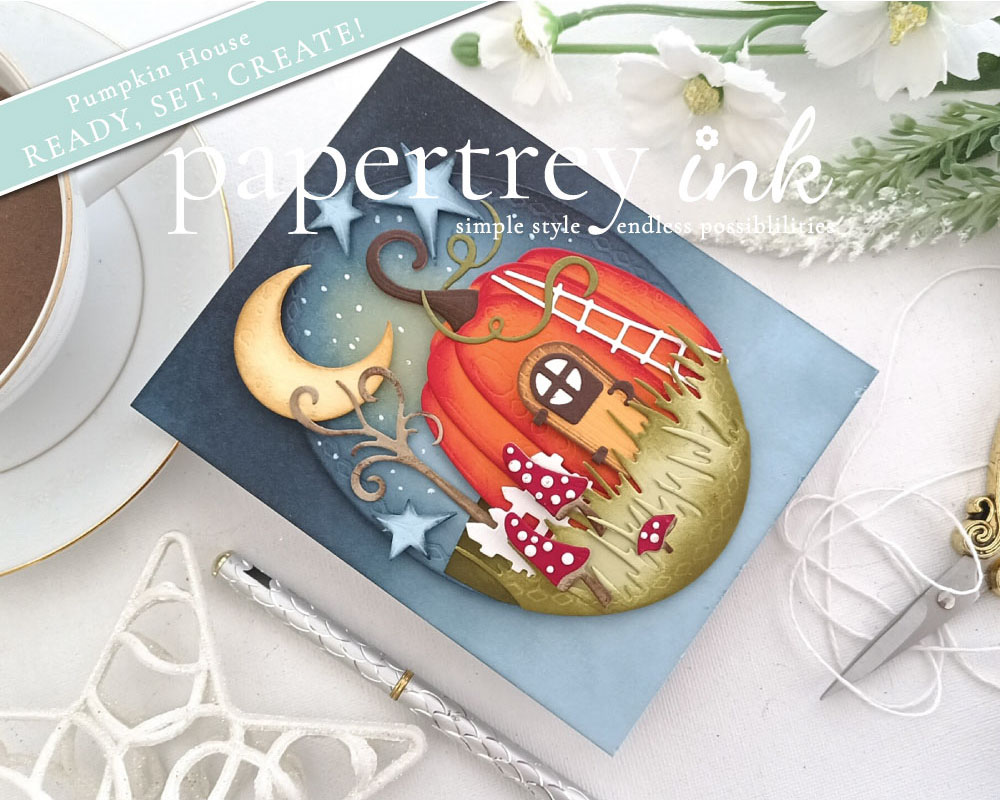 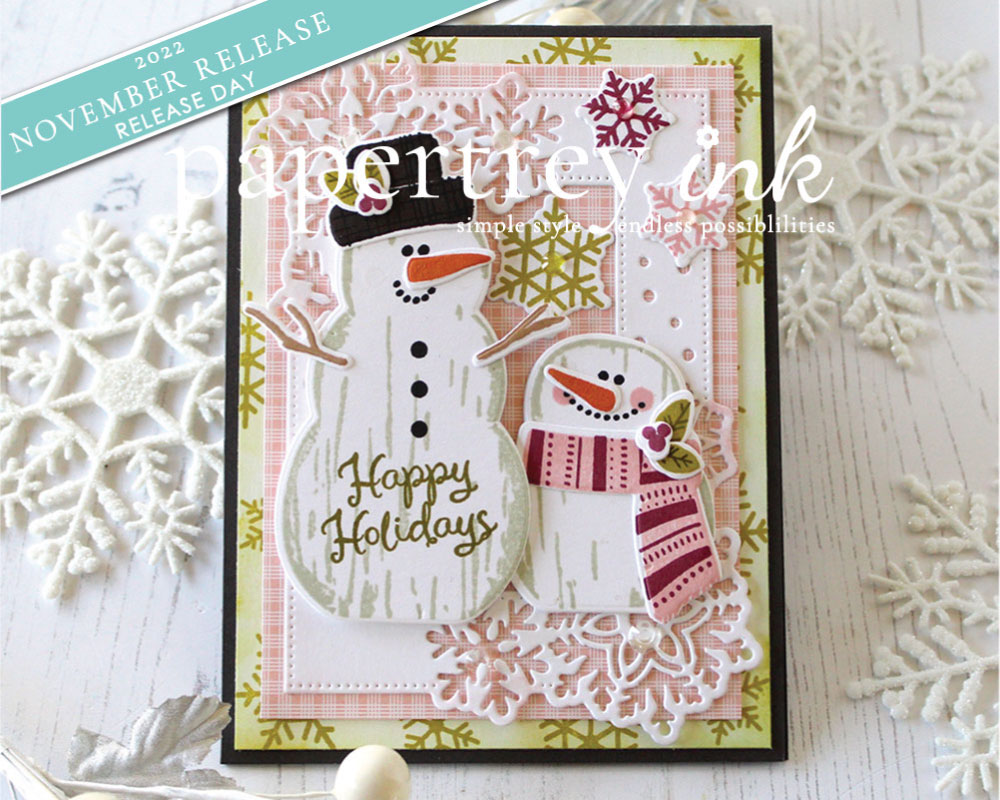 This morning I wanted to focus on a little American history, in honor of Election Day today, November 6th.  This post is something I put together for the last election in 2008, but I still feel as passionately about it this year as I did then and felt that it was important to re-blog it again.

The following is an excerpt from a piece found on the History.com website… 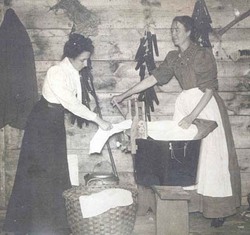 "In the early nineteenth century, women were considered second-class citizens whose existence was limited to the interior life of the home and care of the children. Women were considered sub-sets of their husbands, and after marriage they did not have the right to own property, maintain their wages, or sign a contract, much less vote."

"It was expected that women be obedient wives, never to hold a thought or opinion independent of their husbands. It was considered improper for women to travel alone or to speak in public. With the belief that intense physical or intellectual activity would be injurious to the delicate female biology and reproductive system, women were taught to refrain from pursuing any serious education. Silently perched in their birdcages, women were considered merely objects of beauty, and were looked upon as intellectually and physically inferior to men. This belief in women's inferiority to men was further reinforced by organized religion which preached strict and well-defined sex roles." 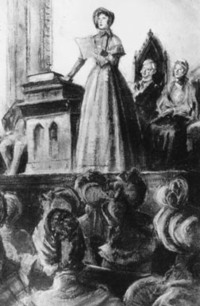 "The Women's suffrage movement was formally set into motion in 1848 with the first Women's Rights Convention in Seneca Falls, New York."

"The catalyst for this gathering was the World Anti-Slavery Convention held in 1840 in London and attended by an American delegation which included a number of women. In attendance were Lucretia Mott and Elizabeth Cady Stanton, who were forced to sit in the galleries as observers because they were women. This poor treatment did not rest well with these women of progressive thoughts, and it was decided that they would hold their own convention to "discuss the social, civil and religious rights of women." 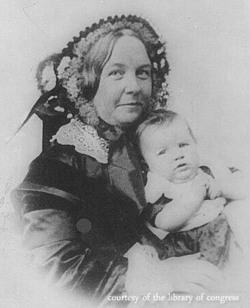 "Using the Declaration of Independence as a guideline, Stanton presented her Declaration of Principles in her hometown chapel and brought to light women's subordinate status and made recommendations for change.  Resolution 9 requesting the right to vote was perhaps the most important in that it expressed the demand for sexual equality. Subsequent to the Seneca Falls Convention, the demand for the vote became the centerpiece of the women's rights movement." 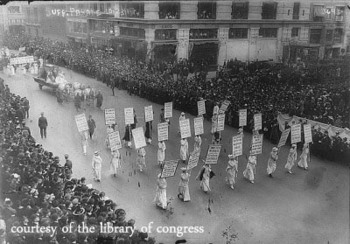 "Six years later, in 1878, a Woman's Suffrage Amendment was introduced to U.S. Congress. With the formation of numerous groups, the women's movement gained a full head of steam during the 1890's and early 1900's. The U.S. involvement in World War I in 1918 slowed down the suffrage campaign as women pitched in for the war effort. However, in 1919, after years of petitioning, picketing, and protest parades, the Nineteenth Amendment was passed by both houses of Congress and in 1920 it became ratified under the presidency of Woodrow Wilson." 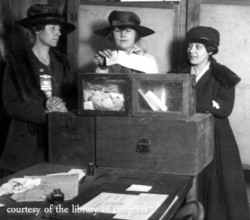 2. Congress shall have power to enforce this Article by appropriate legislation. 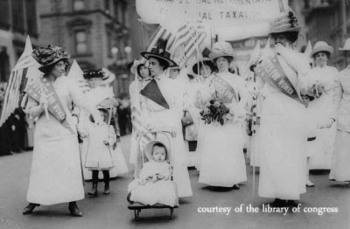 I wanted to bring this important piece of history to your attention today to remind you all how important it is to exercise your right to vote.  Our ancestors fought so hard to bring women equality and give us a voice in the political decisions that are made in our country.  This election especially will be such a close race, and each vote counts!  No matter your party or your beliefs, please be sure to visit the polls today.  And as you cast your vote remember the women, like Elizabeth Cady Stanton and others that are pictured here.  Proudly participate in our democracy and make our ancestors proud!

Don't know where you are supposed to go to vote?
GO HERE and just type in your address to find the exact location you are registered to participate at.

Have questions about poll hours, ID requirements, etc. for your state?
You can visit HERE to find out everything you need to know.

So what are you waiting for?

Open
Back in Stock! Our Winter Globes dies are all bac

Back in Stock! Our Winter Globes dies are all back in stock and they are stunning! This card our designer @kellylunceford created is so magical and speaks timeless Christmas charm to me. I always love the sprinkling of glittery dust Kelly adds to her projects. Kelly has used the following products on her card:

Open
Back in stock! Best news ever…our Gingerbread B

Open
I adore this card! It’s loaded with sweet perso

Open
This beauty created by our designer @apapermelody

Open
This sweet snowman duo couldn’t be one bit cuter

Open
I’m in love with our Color Play Saturday combina

Open
My Friday Favorite today is this gorgeous card in

My Friday Favorite today is this gorgeous card in neutrals our designer @kellylunceford created using images from the Christmastime stamp set. I love how Kelly just selected a couple of images from this set to use on her card. She shows how this set can be used in a totally different way. Her plaid background really sets this card apart and I love her fresh pop of greenery using the Into the Blooms: Pine, Dahlia, and Poinsettia dies. So charming and refreshing!

Open
Our Build-A-Santa Flash Sale continues! Save on t

Our Build-A-Santa Flash Sale continues! Save on this sweet stamp set and dies that let you create your own adorable Santa. I’ve used the candy canes from this set to create my own stamped background to compliment this jolly, old soul. Visit our Flash Sale page here to see all items included:

Open
Back in Stock! Our Winter Globes dies are all bac

Open
Back in stock! Best news ever…our Gingerbread B

Open
I adore this card! It’s loaded with sweet perso

Open
This beauty created by our designer @apapermelody

Open
This sweet snowman duo couldn’t be one bit cuter

Open
I’m in love with our Color Play Saturday combina

Open
My Friday Favorite today is this gorgeous card in

Open
Our Build-A-Santa Flash Sale continues! Save on t